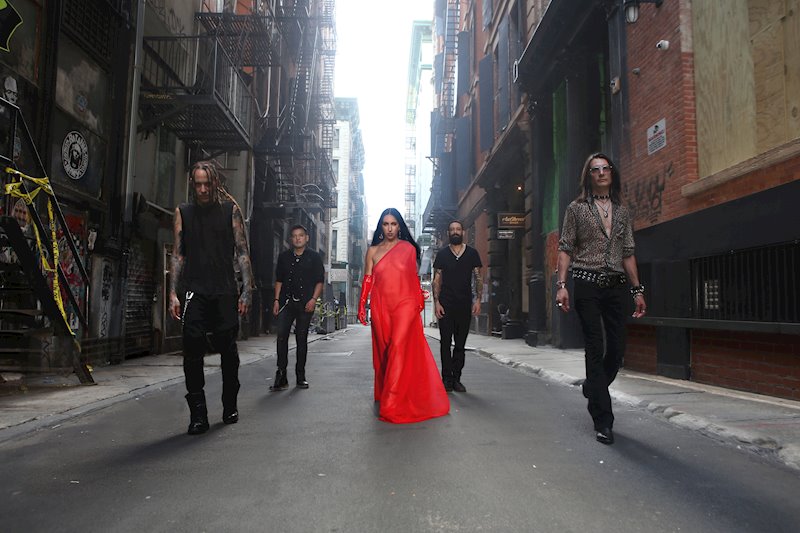 According to the band, Irkalla is part one of a trilogy of albums probing the philosophical, esoteric concept of consciousness. The title – Irkalla – is a Sumerian term referring to a mythical underworld, from which no one returns.

Frontwoman Annamaria Pinna explains, “’Irkalla’ focuses on the lowest level of consciousness. It is the base, material, selfish, ego aspects of ourselves (i.e., the ego-driven, lie, cheat, steal, aspects of the self). It is the place that we must shine a light and acknowledge before we move to the next levels of awareness. Also, I’m obsessed with Sumerian history right now. I was contemplating Goddess energy, and when and what prompted what I see as an imbalance between the masculine and feminine energies. I was wondering what it really meant to have a God and why it was considered, by some, a ‘He.’ I’m also interested in what is behind the concepts of heaven and hell.”

Irkalla, comprising six-tracks, starts off with the title track, traveling on a stark piano accompanied by organic-industrial tones at once eerie and provocative.

Entry points include “Crown or Crucify,” opening on gorgeous melodic savors, followed by ramping up to grandiose harmonic levels and then dropping down again. Cautiously erogenous and muscularly shimmering, this track is superb. Once again, Annamaria’s lush, gliding timbres mesmerize listeners.

Vajra has it going on! The highlight of Irkalla is, of course, the incredible vocal range, pressure, tonality, and projection of Annamaria’s voice.