Interview: Chatting with Vanessa Silberman About Her New Single “My Love” 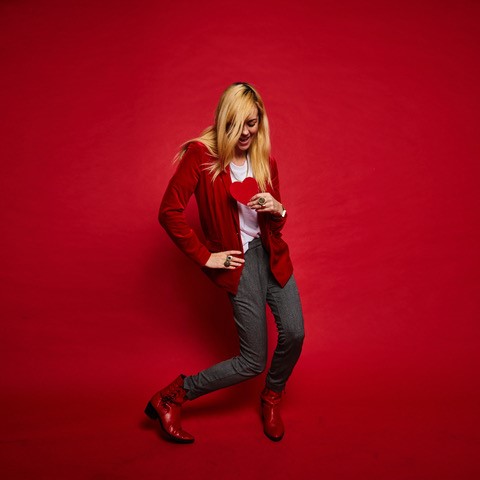 Singer-songwriter, producer and label owner Vanessa Silberman just released a brand-new single, “My Love,” on which she swaps her customary rock tangs for alt-pop savors, indicating her continued evolution as an artist.

Prior to the pandemic, Vanessa was a non-stop touring machine, playing relentlessly in the U.K., Europe, and the U.S., performing at the Vans Warped Tour, SXSW, and Apple, along with sharing the stage with Alkaline Trio, R. Ring, and Selector Dub Narcotic.

Silberman has engineered for everyone from Tony Visconti, Kimbra, Jello Biafra (Dead Kennedys) to Harper Simon and worked as the in-house assistant engineer at Studio 606 (the Foo Fighters Studio).

Tattoo spoke with Vanessa Silberman to find out how she got started in music, the inspiration for “My Love,” and which artists she’s listening to right now.

What’s your favorite song to belt out in the car or the shower?

Haha. I’m not sure I have a favorite but I definitely belt out a lot of songs in the car and very loudly. I end up practicing different things, styles, or make-up a lot of harmonies to whatever music’s on in the car too.

Who is your favorite music artist?

My all-time favorite band is Nirvana.

Which music artists are you listening to right now?

How did you get started in music?  What’s the backstory there?

From an early age, I was pretty obsessed with music. I moved to LA in my late teens learned everything I could about the ins and outs of the music business and songwriting. I went to music school briefly and started a band called Diamonds Under Fire. During the time I was in school I learned about recording, artist development, songwriting, and different jobs in the business. While I was in school I also got a few internships (Warner Chappell in the A&R dept., Favored Nations, which was guitarist Steve Vai’s Record label, Epitaph Records) and ended up getting a job at Epitaph Records. I did what they called (at the time) viral marketing – talking to people on message boards and in chat rooms about different releases. I met my first music manager at Epitaph while I was there and started developing and building my band. Since then, I’ve had just about every job in the business and did many tours with my old band before touring solo, producing other artists, and ultimately starting my own label.

What musicians/singers influenced you the most?

There are so many, I’ve always admired people like Joan Jett, Linda Perry, Gwen Stefani, P. Diddy, Dr. Dre, Ryan Tedder, and Dave Grohl because they’re more than just musicians, they’re people who started their own label, brands, fashion or film companies, or are songwriters and producers. They are visionaries who think beyond just being in jeans & t-shirt playing their music. They see the big picture and are so creative. That has always been so inspiring to me.

What inspired your new single “My Love?”

“My Love” is inspired by being in love and being so captivated by the emotions of love and by another person. I really truly believe love is the most powerful force on earth. Love has the ability to save people, open people’s hearts, and change the world in such beautiful ways.

Prior to 2020, you toured relentlessly. Of all the venues you’ve played, which was your favorite?

That’s so hard to answer. I think there’s a 3-way tie between the Troubadour, the El Rey, and The Stone Pony.

Is your sound evolving? If so, in which direction?

Yes, definitely – I felt so inspired to try different things musically with “My Love.” I’ve just been in a place in my life in the last 6 months where I felt that it was a time to grow and evolve. I talked to numerous music friends and kept asking myself – what can I do to feel re-inspired, push myself to expand but still be authentic and true to my message that I really want to send through my music. “My Love” was created mainly with samples, melodies, midi, and programming, which is completely opposite of how my past releases were done. There’s a total of one guitar (acoustic) in the entire song! I played bass on it originally but ended up liking how the programmed bass sounded more. I wrote the lead melody in my head, translated it to guitar, and then programmed it on midi. I just went about it in such different ways and the lyrics and melody really naturally flowed out of me. This song actually wasn’t even gonna be a song I and my collaborator/drummer Ryan were gonna work on and finish, but I played it for him and he was like – wow, let’s work that. We just had so much fun finishing it and I have been just feeling so open-minded musically to just let the music guide me. The sound evolving has been deliberate but I’ve also been taking my hands off the string wheel a bit just going with it.

Why do you make music?

I make music because I love it. It’s my heart and soul. Music is the thing I love to do the most in life and I feel so unbelievably lucky and grateful every day that I get to create music. Making music is my life purpose. Music is really so powerful and saved me growing up. Giving people music with a message of hope, honesty, vulnerability, love, and positivity feels like the best thing I can do while I’m alive on this planet.

How are you handling the coronavirus situation?

I think the best I can; luckily, I and Ryan had started working remotely before Covid-19. I’ve dedicated and utilized the time by writing, live-streaming, connecting to new fans, building more online, focusing and working on developing my sound more as well as working with a lot of other artists remotely doing producing, mixing, and co-writing. Of course, it’s not the same as in-person but I’m sure glad at the very least we still can all connect online. I miss live shows but we’ll slowly get back to it in some form. It may not be the same but I don’t mind live-streaming and I’m ok with/at peace with our present reality but focused on making things better for the future. I’m also working on ideas and ways to figure out how to record people safely in-person too.

Looking to the future, what’s next?

I have numerous other singles and a couple of music videos I’m working on. The new music will most likely be part of an EP and I and Ryan will have a new live show for the new music which I’m excited about (as it’s in development). I’m also working on some acoustic songs as well. I often perform acoustically when I’m live streaming.