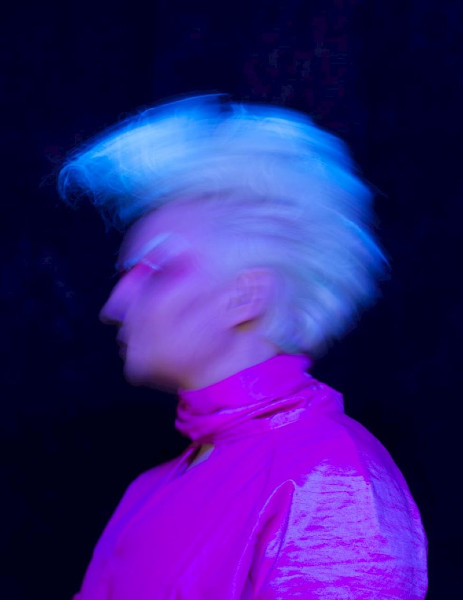 GEA explains, “‘Truth Between the Lies’ is a song about the bad things we do when we think no one is watching. It’s about the lifestyle where people close their eyes about immoral things and think they’ll get away with them.  It’s about the dangerous sense of comfort and false sense of safety we get from money, career, and consumption. It’s about our planet not being able to carry the weight of our choices anymore. It’s about everyone’s soul mission wanting to be manifested instead of focusing on doing what brings the easiest income. It’s about the truth running eternally through our veins no matter how much we would benefit from the lie.”

Simultaneously polished and visceral, simple yet deceptively complex, the song blends luminous, ethereal textures with shadowy elements of dream-pop conjuring up ghosts from the ‘80s and ‘90s, while at the same time projecting contemporary avant-garde pop filaments all shiny and chrome.

Often described as “electro-acoustic fairy music,” GEA’s music was featured on Netflix’s series Happy Jail, yet her highly anticipated forthcoming album, Call For A Snake, according to rumors and reports will blow listeners away.

Since her childhood, GEA has created music. Still, stage fright and negative peer pressure led to her setting aside her musical aspirations and going into business. Eventually, she found herself in a toxic relationship, trying to impress her spouse with her music. He disliked her music. Later, she left the relationship and began producing and publishing her music, followed by releasing her debut album, Butterflies in 2017 and then her EP, Snow, in 2019.

While on tour, she hooked up with producer Chris Birkett and they went to work on her upcoming album.

“Truth Between the Lies” opens on dark coloration, haunting and infused with melancholy. Chock-full of synth-pop and dream-pop nuances, the harmonics shimmer and hover restlessly, while GEA’s deliciously delicate, crystalline tones infuse the lyrics with soft, penetrating sonic tendrils.

Wondrously wrought, layered with suffusions of Gothic gloom and chill-wave surfaces, “Truth Between the Lies” shivers with bewitching aromas.