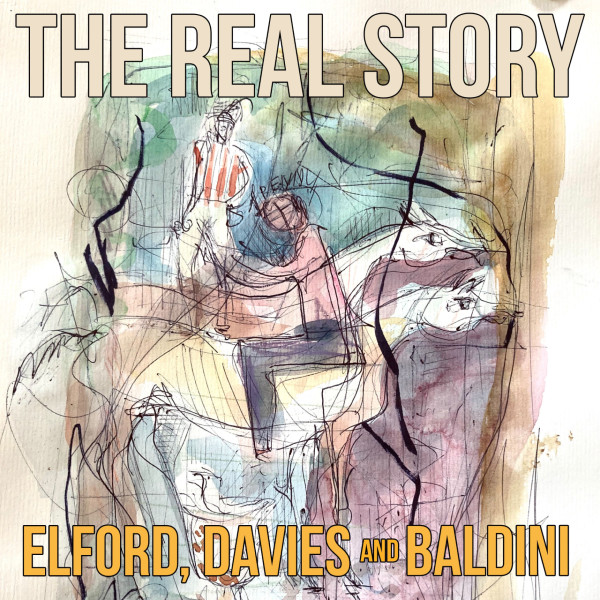 Talking about the album, the band says, “We’ve tried to use the styles of classic guitar-based rock music with a focus on songwriting to say something about very contemporary issues, notably the Covid pandemic, Brexit, and the rise of populist conservatism – which we’re not too keen on.  We have a different vision. But there are also love stories, dreams, escapism, and even a little religious satire.”

According to the band, “The album was recorded almost entirely in lockdown, working remotely, which was a strange but addictive experience. More than half of the songs were written during lockdown in the UK and were fueled by anger and disbelief at the destructive fantasies which people seemed willing to buy in both Britain and the US – and at the disgraceful death toll in both countries.”

The Real Story commences with “The End Is Nigh,” opening on tolling bells segueing into an alt-rock melody riding a cool, tight rhythm and assertive platinum guitars, while Keith’s easy-to-listen-to voice imbues the lyrics with urgent tones.

Highlights on the album include “Cry of Despair,” vaguely reminiscent of Bruce Springsteen, rolling out bluesy rock savors harking back to the ‘80s and ‘90s. There’s a faint gospel roll to the harmonics, giving the tune a tantalizing, spiritual texture.

With its ‘80s rock tang, The Real Story summons up rousing rock chock-full of palpable energy, while simultaneously making a statement.