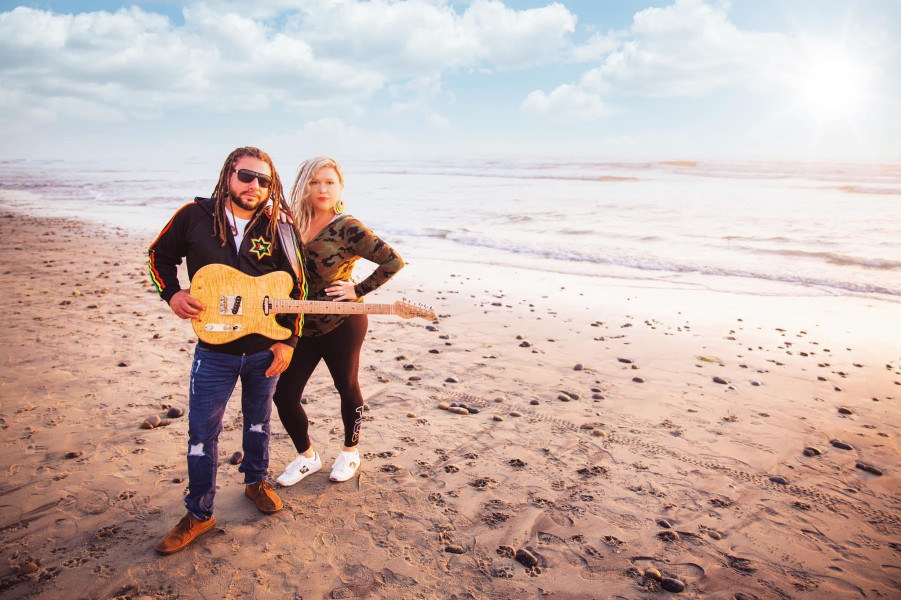 San Diego-based reggae outfit Jus Goodie recently released their brand-new single, “Light On The Runway,” a song about finding a light at the end of the tunnel.

Produced by Dan Grossman of Loud City, the track was recorded at Rockaway Studio, the band’s home studio, and will appear on Jus Goodie’s forthcoming fourth studio album, slated for release in September.

Talking about the song, Jus Goodie shares, “It’s a metaphor for when a plane is flying in the dark, and the lights on the runway are there to guide everyone to their destination. If the lights don’t exist, the pilot won’t know where to land. In the human experience, everyone feels lost at times. The light on the runway is what guides you back home.”

Led by Goodie and Zan, Jus Goodie’s sound blends reggae, rock, Motown soul, and classic R&B into tasty sonic concoctions embedded with love and freedom. Jus Goodie has toured the U.S. and has shared the stage with artists such as Luciano, Gregory Isaacs, Morgan Heritage, Anthony B, Damian Marley, Matisyahu, and Tribal Seeds among many others.

“Light On The Runway” celebrates Zan’s debut on lead vocals. Jus Goodie states, “Until now, Zan has been the anchor of the powerful back-up vocals but is now stepping into the light with her gripping lead vocals on the bridge.”

Opening on lustrous, breezy reggae colors, “Light On The Runway” rides an infectious rhythm topped by platinum skiffing guitars and the smoldering sheen of bright brass. The combination of rock savors with the country-tanged bridge, as well as the undulating, creamy R&B textures infuse the tune with lively tropical aromas.