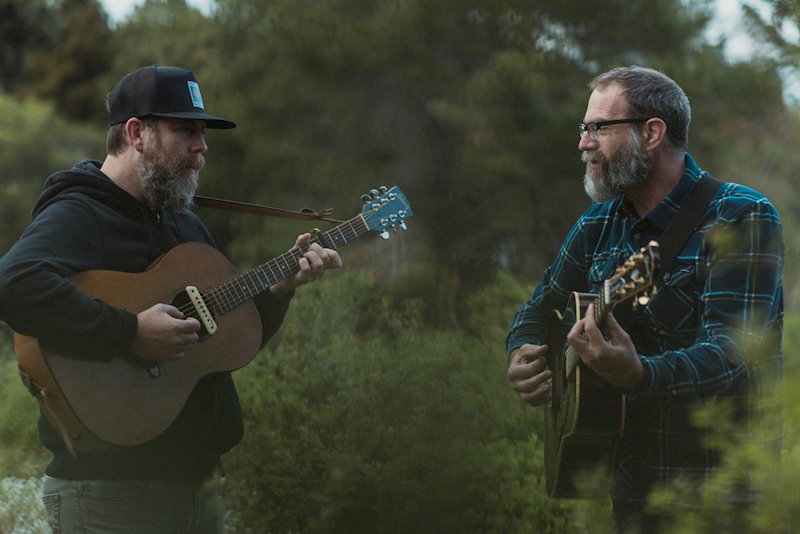 According to Wax Moon’s Paul Kimball, “Our first LP is also Wax Moon’s first ‘studio album,’ recorded in the garage of John’s Outer Sunset apartment over the course of 2 years [and held up for another due to the global pandemic]. We leaned on John’s strengths as a recording engineer and multi-instrumentalist, as well as bringing his songwriting and lead vocals (on 5 of the 9 songs) upfront. It’s a substantial shift sonically, though the through-line from our earlier EPs is also clear; harmony singing and interlaced acoustic guitars are still key elements of our sound.”

Kimball (vocals, guitar), who played with country-rock outfit Careless Hearts, and Blatchford (vocals, guitar, dobro, banjo, keyboards, clarinet), who was a member of The Mumlers and Doctor Nurse, got together after performing as a duo for the first time at a friend’s wedding. Releasing their debut EP, Ready or Not, in 2015, they followed with 2016’s Cool Blue Heat, a five-track EP.

Embracing nine tracks, the album starts off with the title track, opening on gentle, shiny colors topped by the pair’s delicious voices in duet. Full of optimistic flavors, the tune presents the charming beginning of a new day.

“Can’t Afford to Fall,” delivers hushed tension, as if waiting for something portentous to occur, whereas “I Wanna Believe You” travels on darker colors, rife with oozing scope and filaments of suspicion.