Heathen released their highly anticipated latest studio album Empire Of The Blind in autumn 2020 via Nuclear Blast. Today, the band announces they will be hosting a Twitch fan Q&A on May 7th. 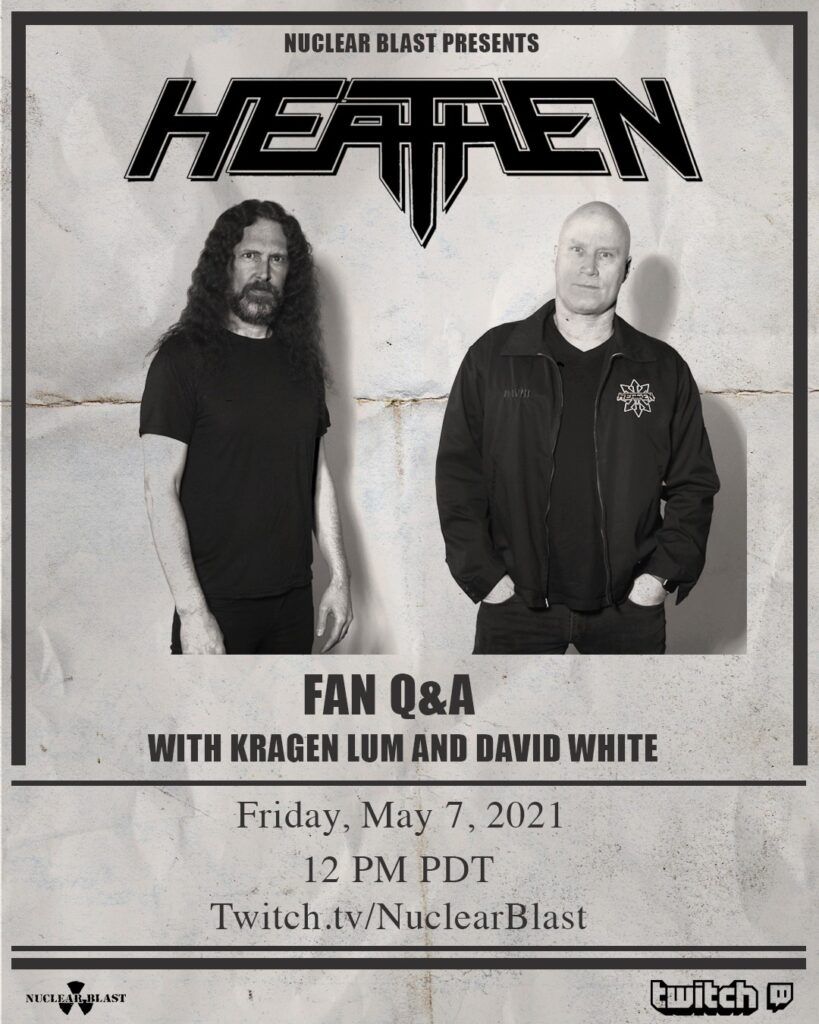 Heathen‘s David White comments,
“Hey Metalheads! Come and join us for this Friday‘s Q&A event on the Nuclear Blast Twitch Channel! Kragen Lum and I will be online to chat a bit and answer any questions you might have for us. We hope you’ll join us to connect virtually until we can hang out in person. Cheers!”

Empire of the Blind was for the most part engineered, produced, mixed, and mastered by Christopher “Zeuss” Harris at Planet Z Studios. Additional details – rhythm guitars, etc. – were put to digital “tape” by Kragen Lum at SubLevel Studio in Little Rock, AR. The album features guest appearances by Gary Holt (Exodus, Slayer), Rick Hunolt (ex-Exodus), and Doug Piercy (ex-Heathen). The cover art Empire Of The Blind was made by renowned artist Travis Smith (Overkill, Exhorder).

Recently the band released a series of videos featuring guitarist Lee Altus discussing Empire Of The Blind, the unreleased live album, and the future of the band.