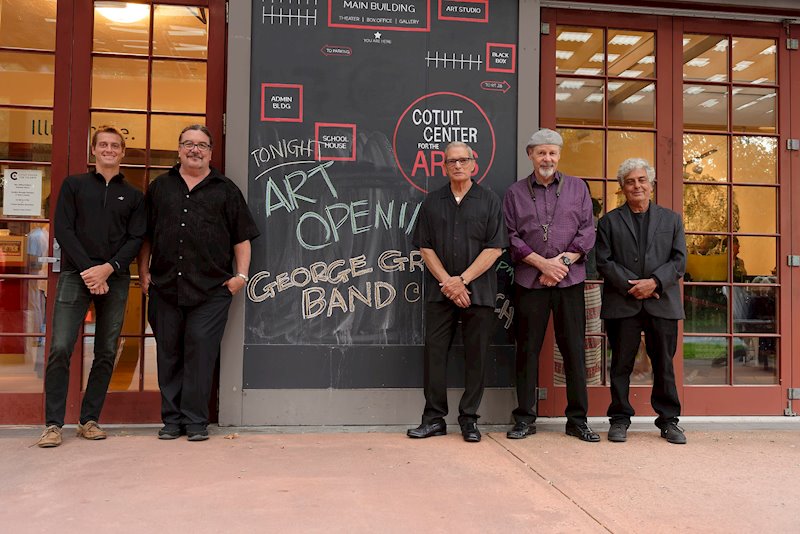 Talking about Full Circle, George comments, “I have one basic creative rule of thumb or creative imperative if you will, simply go where the muse leads you. Sometimes this is more difficult than it sounds, it requires one to let go, to step aside, and trust the process. Personally, it takes emotional work to stay right-sized, which for me fosters the zone for creativity.”

Made up of 10-tracks, Full Circle starts off with “All About Now,” opening on thick, swaggering layers of R&B energy, featuring dazzling horns, full-bodied vocals attended by radiant harmonies, and a buoyant beat vaguely reminiscent of Blues Traveler.

Highlights include “Sweet Misery,” which rolls out on oozing blues colors recalling Robert Cray. George’s luscious voice imbues the lyrics with nasty blues savors as he narrates his heartache. A Carlos Santana-flavored guitar injects the tune with wicked hints of Latin blues.

The boogie-woogie groove of “Roots Rhythm and Blues,” showcasing the bawl of Portnoy’s harmonica, grabs your hips and makes them twitch. The final track, “Better Than Gold” blends rollicking blues with tinges of country flavors, as well as gospel-like vocals. Bright brass accents lace the tune with brilliant coloration, giving the song a delicious carefree momentum.

Full Circle brims with tasty blues redolence, the kind of saturating blues that worms under your skin, leaving you shuddering with bewitching sensations.